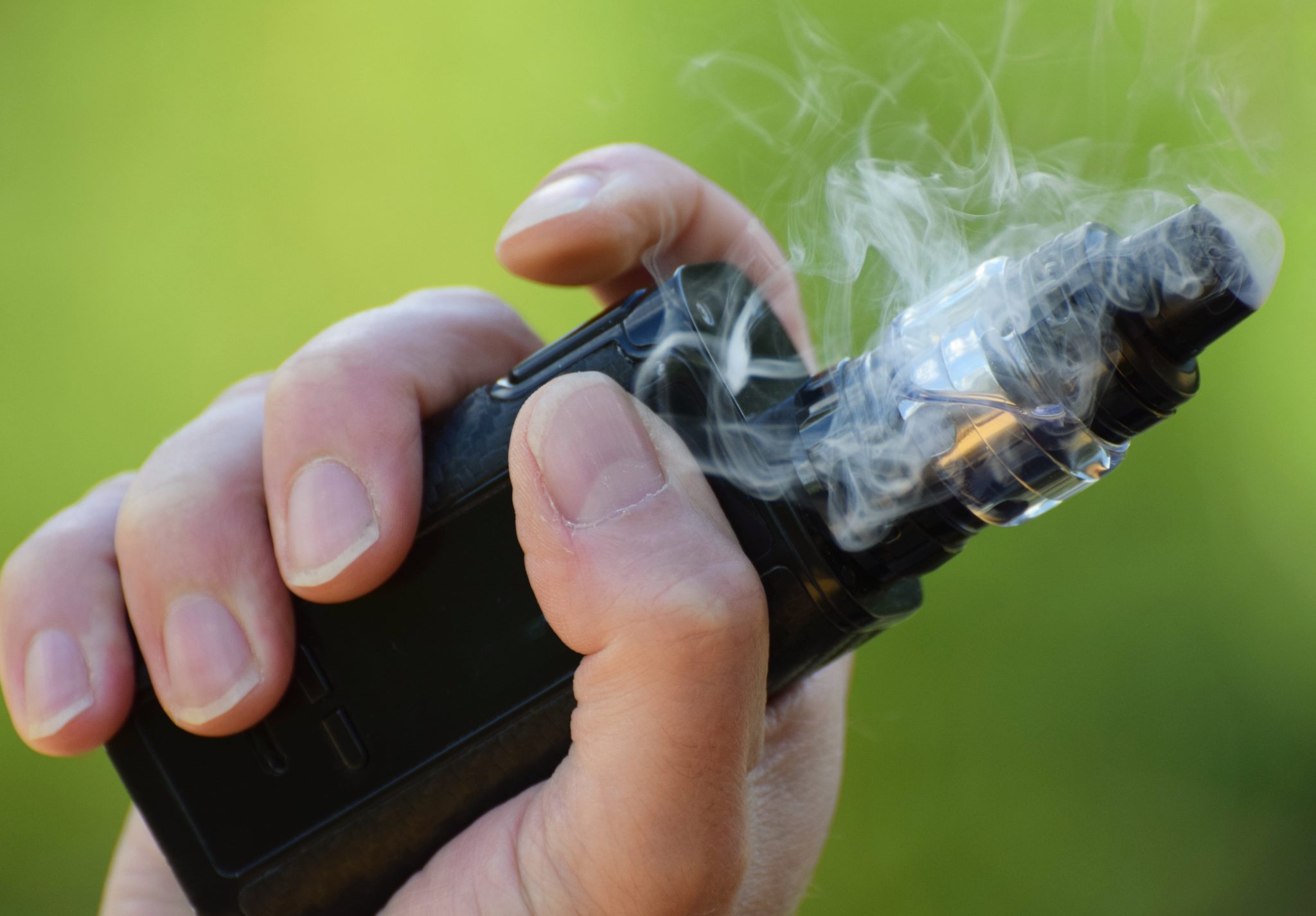 What Does Vaping Vitamin E Acetate Do To Your Lungs? 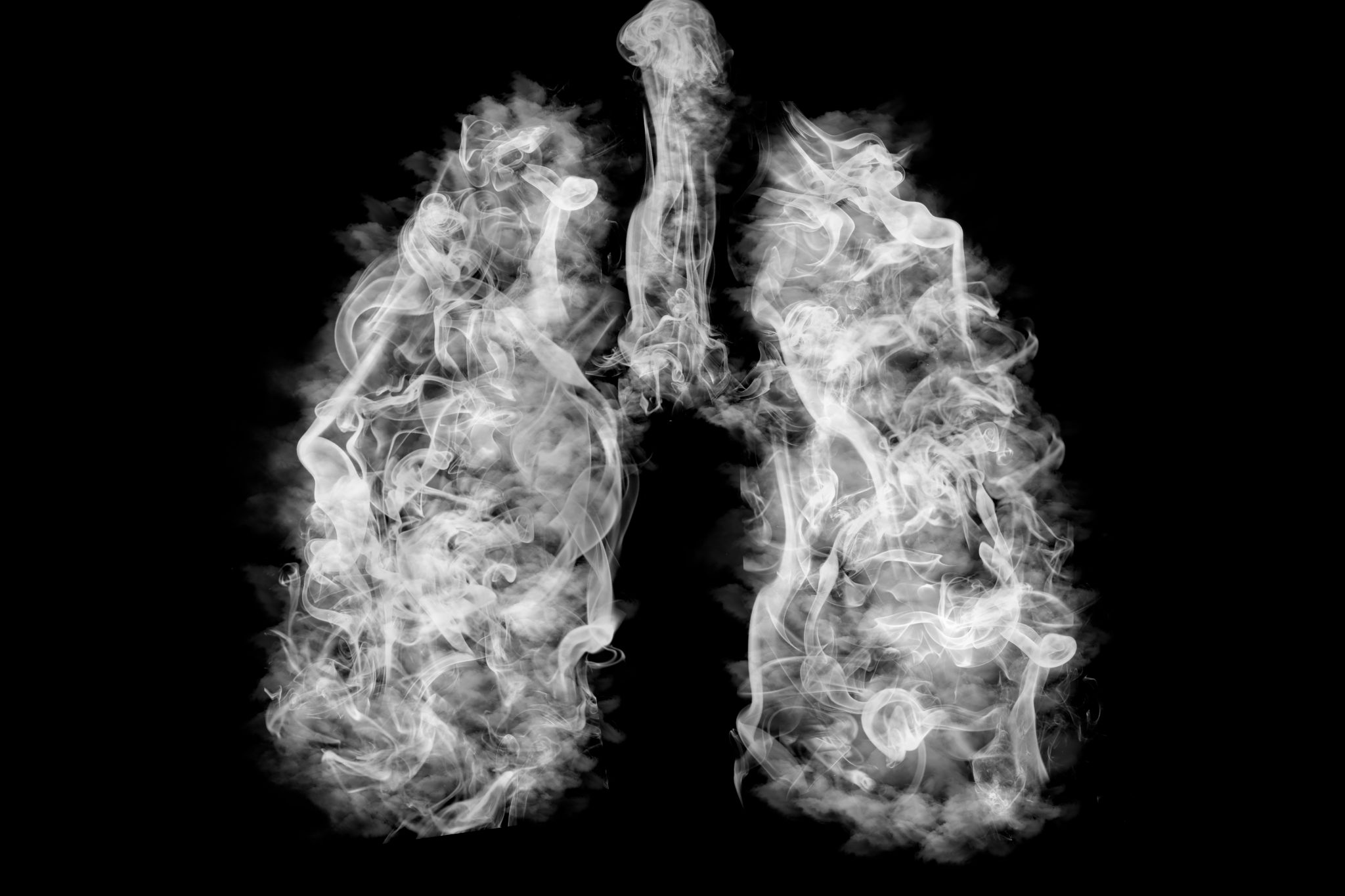 Concerns over the impacts of vaping on public health have been steadily growing over the last decade. However, it wasn’t until August 2019 when the issue took center stage as the first vaping-linked death was reported in Illinois. This would be the first of many deaths that would ultimately be linked to an outbreak of a vaping related illness that the CDC has termed EVALI (electronic-cigarette, or vaping, product use-associated lung injury).1 This may not come as too much of a surprise as vaping related illnesses have been reported for years.2 But this is something different. EVALI isn’t simply an adverse health effect from vaping. It’s an acute lung illness that has spread rapidly across the country, affecting mostly young adults with a median age of 24 years old.3

As of January 7, 2020 there have been 2,602 cases and 57 deaths linked to EVALI in the U.S. and surrounding territories. Research into the root cause of EVALI is ongoing but the CDC has finally identified a proper suspect, vitamin E acetate. This chemical has shown a clear presence in the majority of EVALI patient lung fluid samples, and its usage as an additive in illicit vaping products agrees with the timeline of the epidemic. But how exactly does inhaling vitamin E acetate through vaping lead to the severe lung injuries in EVALI patients? While currently there are no studies that directly examine lung damage from inhaling aerosolized vitamin E acetate, there have been several proposed mechanisms. In this post we’ll explore the biochemistry behind vitamin E acetate and possible mechanisms that could explain the link between vitamin E acetate and EVALI.

What exactly is vitamin E acetate?

Vitamin E is a well-known antioxidant that occurs naturally in vegetables, vegetable oils, seeds, and fruits. Specifically, vitamin E refers to a group of 8 isoprenoid molecules known as tocochromanols. Each molecule shares a similar structure with a core hydroxychromane group linked to a phytyl chain of 16 carbon atoms. Vitamin E is typically added as viscous oil to multivitamins and skin creams in the form of vitamin E acetate, the combined ester of acetate and α-tocopherol (Figure 1.). This synthetic analog of vitamin E is stable, easy to produce, and is hydrolyzed to vitamin E once it enters the body. Though vitamin E acetate is common in several consumer products, it has only recently been used as a diluent for THC-containing vape or e-cigarette products. Presumably, the additive is used to help with appearance, taste, and production cost.

Vitamin E acetate and your lungs

One of the proposed mechanisms for EVALI associated lung damage is the potential interaction of vitamin E with pulmonary surfactant (PS) in your lungs. PS is a phospholipid layer that lines the tiny air sacs in your lungs. These air sacs, known as alveoli, allow your bloodstream to exchange carbon dioxide with oxygen. In short, the alveoli allow you to breathe. An important function of the PS layer is to reduce the surface tension of the alveolar surface which is essential for normal breathing activity.7 An issue with vitamin E is that it’s lipophilic, which means it has an affinity for phospholipid layers like PS due to its nonpolar aliphatic carbon chain. It has been suggested that the aliphatic carbon chain could penetrate the PS layer, disrupting the organization of lipid molecules and changing the surface tension.8,9 This could lead to lipoid pneumonia, an illness characterized by lung inflammation that can be caused by forced inhalation of oils. This may partially explain the signs and symptoms demonstrated by several EVALI patients.10

Still, the EVALI mystery may be more complex than disruption of PS alone. Though initial reports presented EVALI as a form of lipoid pneumonia, later studies of EVALI patient lung scans showed signs that were more consistent with inhalation of toxic chemicals. In fact, some experts argue that it’s unlikely vitamin E acetate alone could cause the severe lung damage associated with EVALI.11 The question of vitamin E acetate toxicity may be linked to the vaping device itself. Experts argue the high temperatures achieved by vaping and e-cigarette devices serve as a catalyst for unpredictable chemistries in the vaping mixture. Such temperatures would lead to pyrolysis, or thermal decomposition, of molecules into potentially more hazardous chemicals. In fact, scientists suggest vaping devices can be considered crude and uncontrollable mini-pyrolysis devices which are being used to inhale decomposed chemical compounds from unknown mixtures. It has been proposed that vaping induced pyrolysis of vitamin E acetate may produce a highly toxic gas called ketene.12 Inhalation of ketene can cause severe lung damage in low concentrations and death in high concentrations.13

Unfortunately, these mechanisms are unproven until more research is done. There are currently ongoing studies into the effects of inhaling aerosolized vitamin E acetate, and what types of chemicals can be generated from superheating vaping mixtures.6 Until more data is gathered, the CDC has not ruled out other potential culprits that may act synergistically with vitamin E acetate in aerosolized mixtures. Currently, the CDC and FDA recommends that people refrain from using any THC-containing e-cigarette or vaping products during the investigation.3