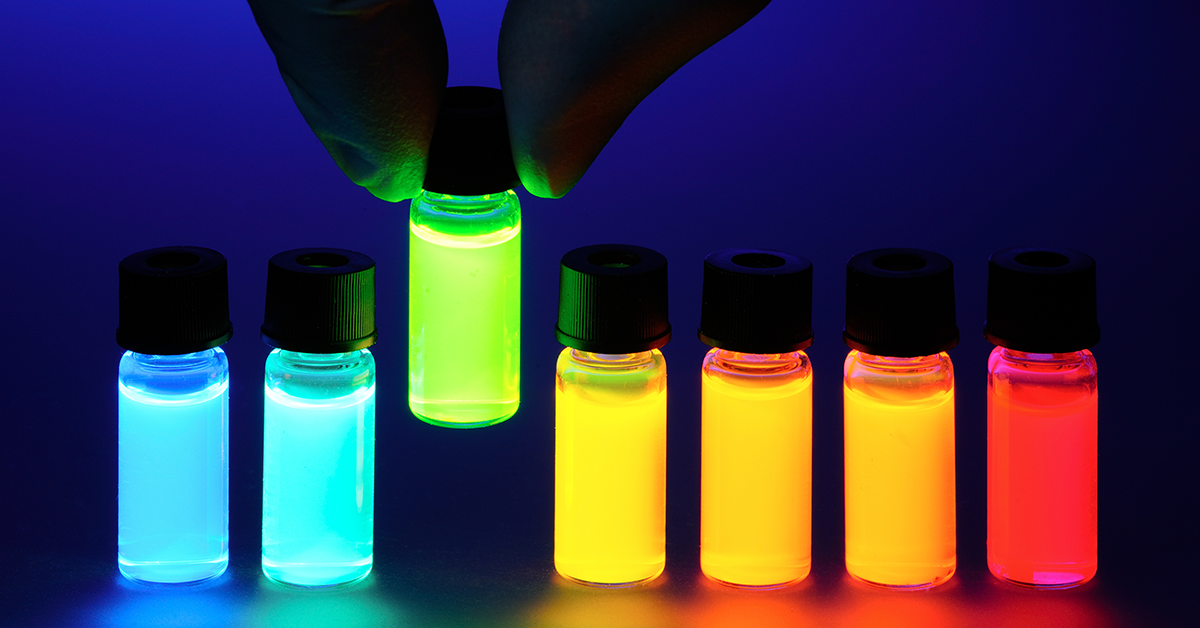 CF® Dyes. What started it all? Part 1. A History of Fluorescence 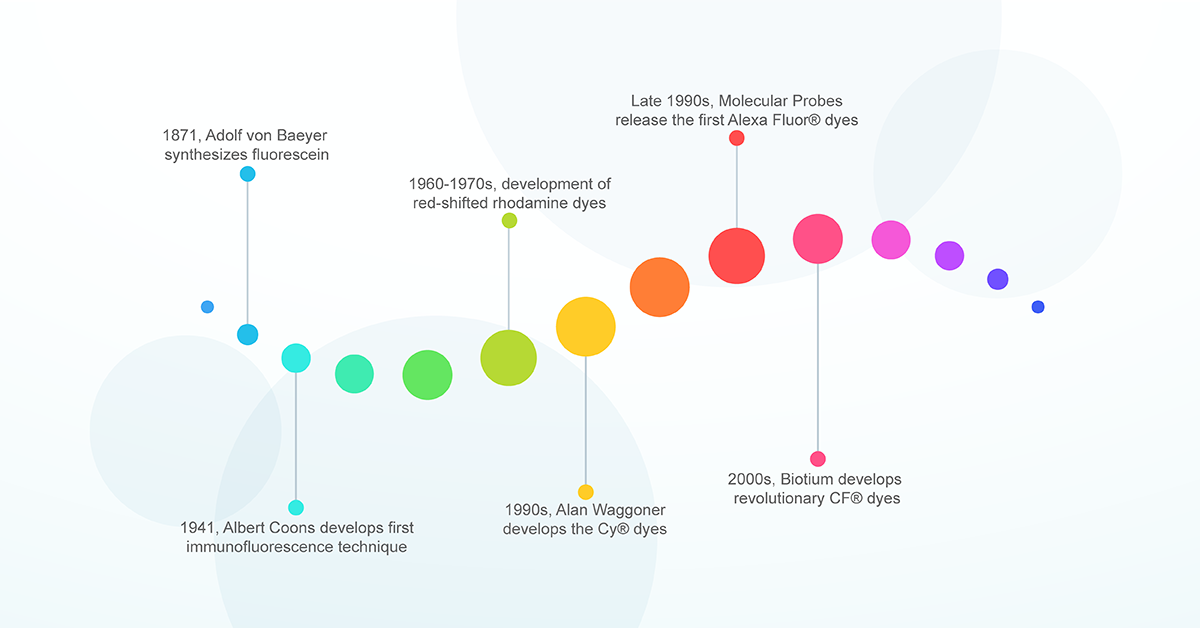 The history of fluorescent dyes began over 100 years ago when German chemist Adolf von Baeyer produced the first synthetic fluorophore pigment from phthalic anhydride and resorcinol in 1871. Baeyer aptly named this compound resorcinphthalein. Today we know this chemical as fluorescein, a dye with an intense yellow-green fluorescence which serves as the basis for several xanthene-based fluorophores; including Oregon Green, rhodamine and several Alexa Fluor® dyes.1 However, the application of fluorescein in biological research would not occur until several decades later.

The Birth of Immunofluorescence

In 1941, an American physician named Albert Coons was working on a method to visualize antibodies specific for a bacterium associated with rheumatic fever. During his work, Coons recognized the much broader implications of labeling proteins with a fluorescent antibody in order to locate them in cells and tissue. Despite the infancy of the immunology field at the time, Coons and colleagues were the first to devise a method to visualize proteins in animal tissue by conjugating antibodies to fluorescein, a method we know today as immunofluorescence.2 This was a colossal achievement and the use of fluorescent molecules in biology exploded. A PubMed search of publications utilizing immunofluorescence shows over 100,000 publications since Albert Coons first devised the technique 1941. And this is just the tip of the iceberg. Over the years fluorescent technologies have been developed to label not just protein but other biological components including organelles, membranes, lipids and nucleic acids. Today fluorescent probes are applied to nearly all biological research fields and are a core component of any modern laboratory.

A Shift to Red

Fluorescein was just the beginning. The breakthrough made by Coons allowed other scientists to further refine and advance the field of immunofluorescence. One of the first issues to be addressed was the significant autofluorescence generated from tissues within fluorescein’s short (green) emission wavelengths, resulting in higher background and lower image contrast. This issue was avoided by producing dyes with longer (red) emission wavelengths which were less prone to tissue autofluorescence and provided deeper tissue penetration. Over time, the dyes were further refined to create several other xanthene-based derivatives known as rhodamine dyes, which now include the well-known TAMRA, ROX, and Texas Red dyes. Rhodamine dyes provided greater photostability, pH insensitivity, and longer emission wavelengths relative to fluorescein.3 But there were still problems. While they were bright and chemically stable, the rhodamine dyes suffered from poor solubility and problematic dye to dye quenching during antibody conjugation. Clearly, there was still work to be done.

The next advancement came in the 1990s. A dye chemist named Alan Waggoner sought to develop a new class of fluorescent dyes that offered a broader emission window and were better suited for biochemical labeling. Waggoner’s inspiration came from his photography background. He focused on a family of cyanine dyes used for producing several colors on film.4 The structure of Waggoner’s cyanine dyes allowed for greater biochemical flexibility. Each dye consists of two nitrogen-containing heterocycles linked by a polymethine chain. The two heterocycles can be chemically modified to suit a variety of conjugation reactions. In addition, excitation/emission spectra of the fluorophore can be modified by simply altering the length of the polymethine chain.5–7 They provided greater aqueous solubility; less dye to dye quenching in labeled antibody; and a broad emission range that extended to the red and near-infrared regions (560 nm – 800 nm).

Despite the novelty of Waggoner’s cyanine dyes, there was still much room for improvement. A major issue for both xanthene- and cyanine- based dyes was a significant decrease in fluorescence once the dyes were conjugated to a protein or antibody. This is caused by non-fluorescent dye aggregates, known as H-aggregates, which form when several dye molecules are in close-proximity after conjugation. In addition, chemical modifications known to push the fluorescence profile toward longer wavelengths tend to reduce solubility in water, decreasing brightness and biocompatibility. In the early 1990s, Waggoner and his colleagues proposed an answer: sulfonation.8 By introducing negatively charged sulfonic acid groups on cyanine dyes, they were able to reduce interactions between dye molecules and limit the formation of self-quenching aggregates. In addition, the added negative charge made the fluorophores more hydrophilic and soluble, allowing for greater biocompatibility at longer wavelengths. This new class of sulfonated cyanine dyes were ultimately licensed to Amersham plc (now part of GE Healthcare). The fluorescent dyes became known as the Cy® dyes. The versatility, biocompatibility, and broader emission range of the Cy® dyes led to their widespread popularity in the 1990s.

The Age of Alexa

In the late 1990s, scientists at Molecular Probes (now part of Thermo Fisher) applied sulfonation toward another familiar family of dyes, rhodamines. As with cyanine dyes, sulfonation of rhodamines improved dye solubility, photostability and reduced fluorescent quenching upon conjugation. These dyes became the first set of Alexa Fluor® dyes and were the brightest and most photostable fluorescent probes available.9 The Alexa Fluor® dyes were named after Alex Haugland, the son of Molecular Probes founders Richard Haugland and Rosaria Haugland. Today, Alexa Fluor® dyes are incredibly popular across numerous research fields and have since expanded their color palette, filling the gaps in the electromagnetic spectrum from blue to near-infrared.

Despite the widespread popularity of the Cy® dyes and Alexa Fluor® family, there is a trade-off with sulfonation. The added negative charge increases solubility and photostability at the expense of increasing non-specific binding to positively charged moieties of biomolecules inside cells and tissues. This leads to an increase in non-specific background staining and lower image contrast. In addition, sulfonation causes the molecule to become more hygroscopic, inhibiting protein conjugation by increasing hydrolysis of NHS ester and maleimide active groups. It wouldn’t be until the late 2000s when Biotium founder Fei Mao and other colleagues addressed the issues of sulfonation. Their new CF® dyes are the next breakthrough in fluorescent dye technology and solves the problem of non-specific background from sulfonation without compromise.

In Part 2 of this series, we’ll look at the mechanisms behind fluorescence, how chemical modifications alter biocompatibility, and why our cutting-edge CF® dyes further advance the field of fluorescence. Stay tuned! 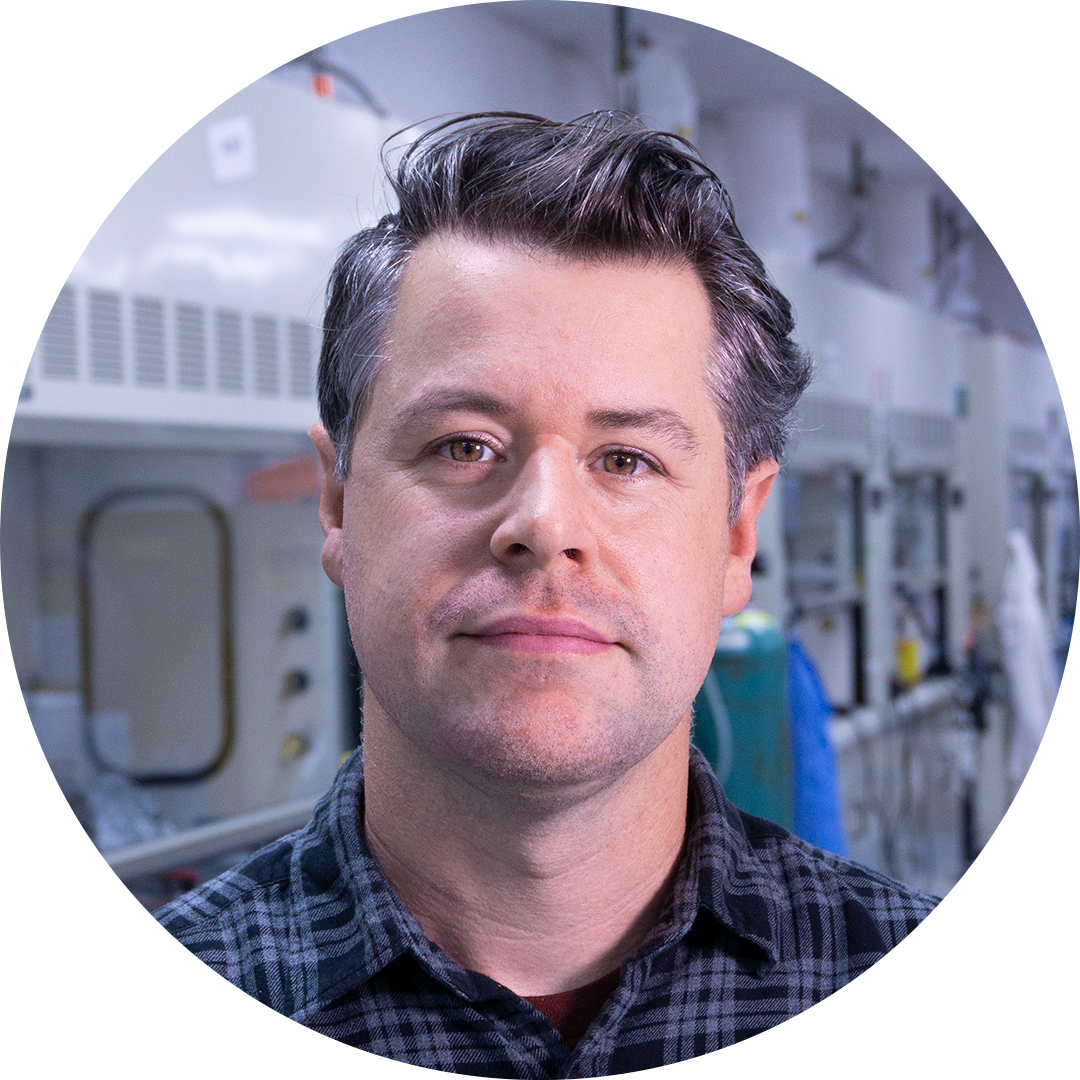