The Application of Toxins and Poisons in Cell and Molecular Biology

In nature, countless species have evolved to produce compounds that give them a distinct evolutionary advantage. Often, they come in the form of toxins and poisons that aid in self-protection or hunting. Due to the natural curiosity of the science community, it is no surprise that other uses for these naturally occurring compounds have been discovered. Biotium offers a wide variety of naturally-sourced products for research purposes; highlighted below are a few of the most notable.

The Pufferfish in Nervous System Research

Aside from those brave individuals who eat Fugu, puffer fish sushi, most people try to steer clear of this notoriously poisonous fish. Tetrodotoxin, the principal toxin in pufferfish, is utilized by scientists who perform research on the nervous system. This toxic compound blocks sodium channels in neurons, stopping their ability to transmit signals and effectively leading to paralysis and death. As a result, Tetrodotoxin is applied to the study of action potentials and nervous system communication.

Phalloidin is a small heptapeptide used for labeling filamentous actin (F-actin) proteins, which are present in essentially all cells. When paired with a fluorescent dye, these actin filaments light up and reveal some of the most beautiful structures in microscopy. Though visually appealing, phalloidin is derived from Amantia phalloides, commonly known as the death cap mushroom. Though it is not the primary toxin responsible for the death cap’s deadliness, it causes significant damage to live cells by disrupting normal actin function.

The many-banded krait of Southeast Asia, Bungarus multicinctus, has been responsible for many fatal attacks. This snake’s venom contains the protein ⍺-Bungarotoxin, which works by binding to nicotinic acetylcholine receptors, disrupting the neuromuscular junction, resulting in the paralysis and eventual death of the victim. Its binding is almost irreversible, which makes it perfect for imaging these receptors when tagged with a fluorophore.

Tracing Neurons with Cholera Toxin B

Cholera is a disease caused by Vibrio cholerae, a deadly bacteria that infects people through unclean water or food. This bacteria derives its virulence by excreting cholera toxin. The toxin is composed of two subunits: subunit A, which is responsible for its lethal toxicity, and subunit B, that binds it to molecules called gangliosides. Found on the exterior of mammalian cells, gangliosides are especially present in neurons. Though the cholera toxin is deadly, subunit B on its own is not, and can be conjugated to dyes and used in live cell staining or neuronal imaging.

Digoxigenin is a steroid derivative found in several species of Digitalis, commonly known as the foxglove plant. It belongs to a class of molecules known as haptens. Haptens are not naturally found in mammalian cells, which makes them useful for specifically detecting hapten-tagged targets with anti-hapten antibodies, similar to a velcro patch and your favorite sweater. For this reason, digoxigenin can be covalently bonded to nucleotides for DNA or RNA labelling, sugars to study glycosylation events, or even used in chemiluminescence assays. Another interesting fact about digoxigenin is that when bound to sugars, it forms digoxin, a type of cardiac lycoside, which is used in medications to treat arrhythmias or heart failure.

While many more poisons and toxins have been discovered and characterized throughout the years only a handful can be used in scientific research. These naturally-sourced compounds end up being some of the best molecular probes, with millennia of evolutionary “R&D” to find the perfect way to bind to their target. They provide scientists with a wider, and undoubtedly more exciting, toolkit to work with in the laboratory. Though these compounds evolved to cause harm, scientists use them to benefit society in ways that far outweigh their toxic effects.

Jeffrey Jung holds a B.S in Biology from Santa Clara University. He is a Scientist I who works in Chemistry R&D and Manufacturing at Biotium.

View All Articles by Jeff Jung, Scientist I 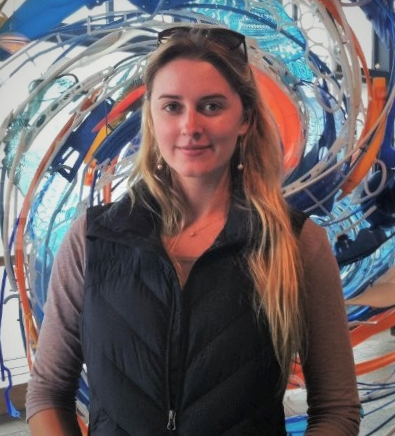