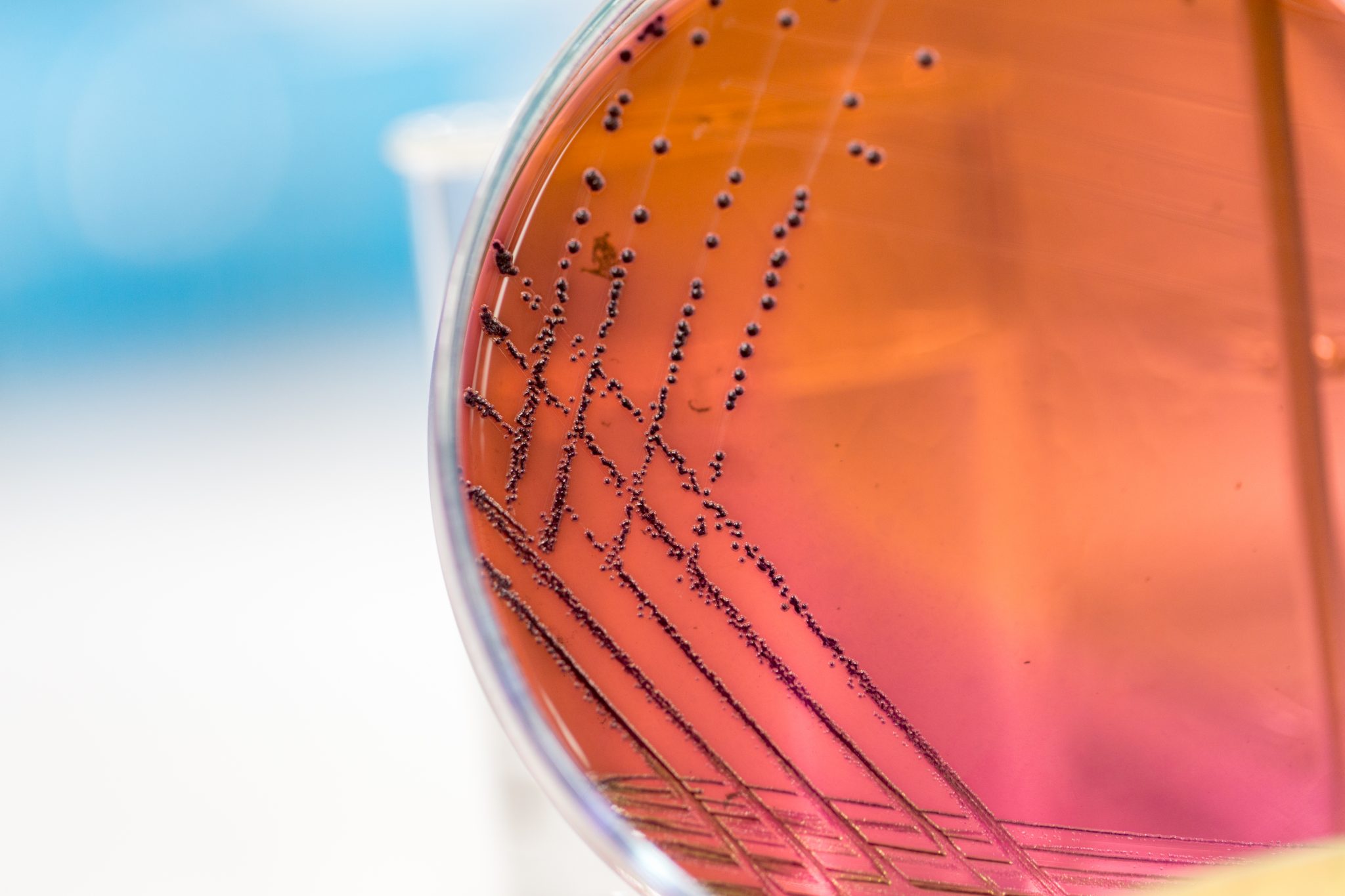 Switching from culturing to v-PCR for bacteria viability testing

The problem with plating

Counting the number of living bacteria in a sample is a common enough task: maybe you are comparing bacteria populations in different rivers, or perhaps you want to know whether your disinfection method works. Your first thought is probably to prepare serial dilutions of a liquid culture, plate them out on agar, and incubate for a day or two. After all, people have been quantifying live bacteria in this way for decades. Of course, you need to know what kind of media your bacteria can grow on, which may be difficult for less-common strains. And if you have many different types of bacteria in your samples, finding one kind of media to work for all of them might be next to impossible. Finally you start thinking about Viable-But-Not-Culturable (VBNC) bacteria, and you wonder if you might be missing something with your plating method.

Some of the problems with culture-based bacterial viability measurement can be solved with the relatively new technique of viability PCR (v-PCR). In v-PCR, the sample is treated with a dye that can only enter into dead bacteria and covalently binds the DNA in such a way that PCR of that DNA is inhibited. The advantages of using v-PCR instead of plating to determine the number of live cells are many: 1) A qPCR reaction is much faster than waiting for colonies to grow; 2) When selecting the primers you can choose whether to measure all bacteria or focus on one or more species in the sample; 3) No knowledge of media requirements is necessary; 4) VBNC bacteria can be detected. V-PCR can also be combined with sequencing methods to selectively amplify and sequence viable bacteria.

Of course, there are some things that you will need to know and take into consideration before you switch to the v-PCR method. The most important is understanding that v-PCR determines viability by membrane integrity, ie, whether a dye is able to enter into the cell. It is known that some methods of killing (for example, UV treatment) don’t immediately disrupt the bacterial membrane and therefore v-PCR will not distinguish those dead cells from live bacteria.

Another thing to consider is which viability dye to use. Ethidium monoazide (EMA) is the most cell-permeable, and may result in false negatives. Propidium monoazide (PMA) is the most widely-used dye, so there are many protocols and publications available for reference. And PMAxx™ is a relatively new dye that has been tested in fewer species, but which tends to show better differentiation of live and dead bacteria.

Primer design is another important consideration. If you would like to simultaneously detect all species of bacteria in a mixture, primers against rRNA targets that are known to be pan-species-specific are a good choice. If one species or class of bacteria is desired, you will want to design or find specific primers. Because of the nature of the dye:DNA binding interaction, dye molecules will be bound randomly along the DNA strand. For this reason, the longer the amplicon, the more likely it will be that a dye molecule will be bound in that region. It is recommended that an amplicon of at 100 bp is used, and longer amplicons generally give better results.

Finally, for v-PCR you will also need to obtain a light source to perform the photoactivation step. There are commercial light sources available that are designed specifically for this purpose. In addition, we have found that extremely bright white or blue LED light sources can typically perform this function as well.

Viability PCR is a powerful and versatile tool for combining bacterial viability with quantitation and/or sequencing. Using the above information and thoughtful experimental design will help you to obtain the best possible data.

Alexis Madrid holds a PhD in Molecular and Cell Biology at the University of California, Berkeley. She is a Senior Scientist in the Bioscience Department at Biotium.